The Bredesen Protocol – Slow Down or Reverse Alzheimer’s?

Alzheimer’s is one of the scariest diagnoses out there. Other diseases target your body. In many cases you can start to live with the pain. Alzheimer’s on the other hand, targets the mind. It robs people of what makes them people. Their thoughts and their memories. That’s why it is such a priority to slow down or even Alzheimer’s. Can it be done? One doctor thinks so. His name is Dale Bredesen. He has come up with the ‘Bredesen Protocol’ or as he calls it, the ‘Recode Protocol’. We’ll use both names interchangeably in this article.

You can see all the statistics about how widespread Alzheimer’s has become in another one of our blog posts. It seems like practically everyone has a friend or family member that has suffered or is suffering from this dread disease.

Has Anyone Been Able to Slow Down Alzheimer’s Using the Bredesen Protocol?

The conventional wisdom seems to think there is no way to slow down Alzheimer’s. Once you have it, there is not much you can do.

At least one doctor would beg to differ. His name is Dr. Dale Bredesen. Doctor Bredesen developed the ReCODE Protocol. ReCODE stands for “Reversing Cognitive Decline”. The Bredesen Protocol has several hundred people who swear it not only helped slow down Alzheimer’s.

They say it actually reversed their Disease.

Take a look at one testimonial from someone who implemented the Bredesen ReCODE protocol:

Have I gained your attention yet?

One lady, Cheryl Brittingham, saw her dad come back from Alzheimer’s through fasting. He refused to eat for a couple of days when he was in the hospital. Suddenly his cognition came back. Unfortunately, when he started eating again with…you guessed it…hospital food, his symptoms came back. 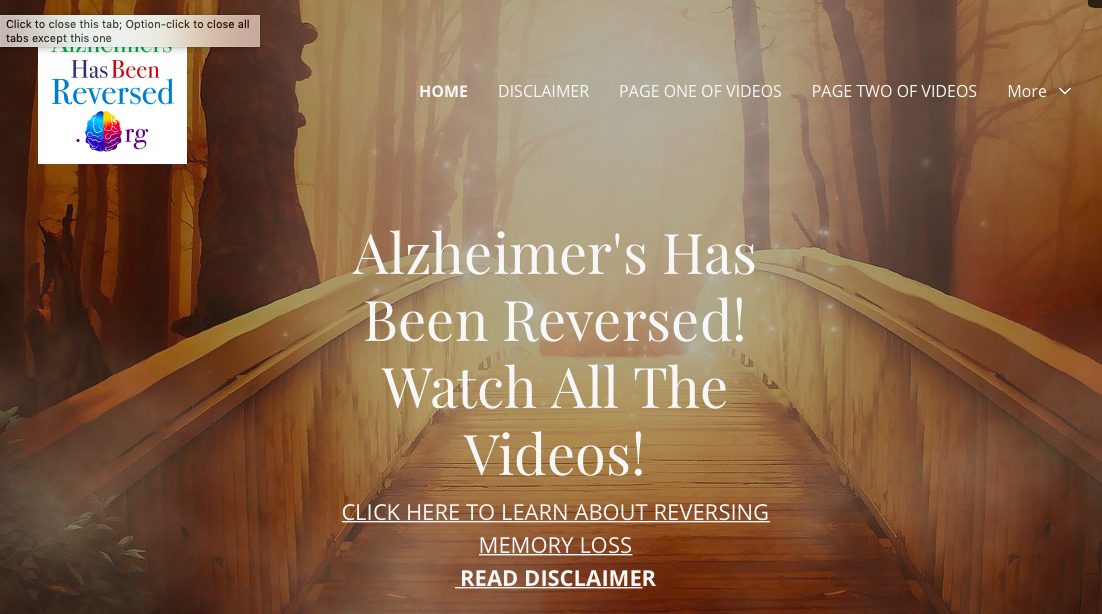 The incident convinced Cheryl that there must be an answer out there. She searched and found the Bredesen protocol that was reversing Alzheimer’s in others. Check out her website “Alzheimer’s has been reversed“. She came out to our assisted living home in Surprise Arizona to educate us. She sure convinced me!

How Does the ReCODE Protocol Work?

He believes there are three main reasons why people show signs of Alzheimer’s. The three causes may have multiple underlying root causes:

Part of implementing the Bredesen protocol means doing some testing up front to determine which of the three causes you have. Then there are specific procedures and lifestyle changes you can do to slow down Alzheimer’s. As you go further into the protocol, you might even see some reversal. 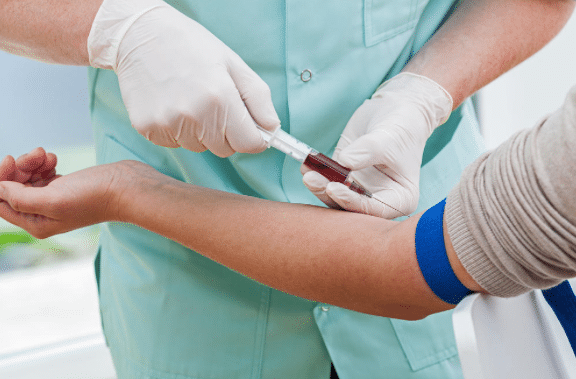 The testing can be done at any lab. However, you may want to implement the Bredesen protocol with a Bredesen-trained physician. There are many doctors across the country who have gone through the Bredesen training through Dr. Bredesen’s company MPI Cognition.

To find doctors in your area, just google things like ‘Mild Cognitive Decline [Your City]’ or ‘Certified Bredesen [Your City]’. We are starting to work with a Doctor in our assisted living homes in Goodyear and Surprise Arizona. The doctor specializes in the Bredesen Protocol. I hope to be able to update this blog post soon with more results of her treatment of our residents.

So What Can I Do to Slow Down Alzheimer’s?

Regardless of which root cause is responsible, there are several things you can do to slow down Alzheimer’s. Below is a list of a few things. You can see more at our previous blog post. For further information, you may also want to pick up a copy of Dr. Bredesen’s book, The End of Alzheimer’s. All of these are part of the Bredesen protocol or ReCODE protocol

If you inherited the Apoe4 gene from one parent, your chances of having Alzheimer’s go up. Inheriting the gene from both parents means your chances are much higher. Knowing that you have these elevated risks means you may be able to prevent Alzheimer’s before it manifests itself.

I know we harp on this a lot in our blog posts. We also try our best to have our residents eat healthy in our assisted living homes. And we’re seeing wonderful results. The standard American diet of lots of processed foods and very few fruits and vegetables has contributed greatly to the Alzheimer’s epidemic.

Instead of the normal American diet, the Bredesen protocol recommends a few changes are in order:

This is a particular rule for the ReCODE Protocol. It means you should fast for 12 hours every day and not eat anything within three hours of your bedtime. When you fast, your body uses Ketones instead of glucose to bring oxygen to your brain. That in turn reduces the Amyloid Beta plaques in your brain. Amyloid Beta plaques are widely thought to be a major cause of Alzheimer’s. Shrinking the plaques may slow down the disease.

Ideally do some form of vigorous exercise 4-6 times per week. Each time you exercise, try to maintain the program for a half hour to an hour each day. Exercise helps move blood to the brain and helps the brain from withering away.

When you sleep, it gives your brain a chance to clean out all the gunk, and reorganize everything that happened that day. Without sleep, the brain starts having trouble forming connections. A lack of connectivity in your brain can contribute to forgetfulness, loss of memory and Alzheimer’s. 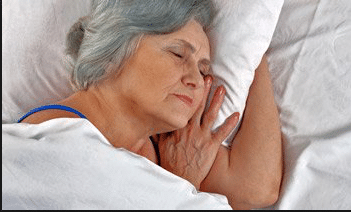 When you don’t take care of your teeth, bacteria called Porphyromonas Gingivalisenters your mouth. The bacteria then starts eating away at your gums leading to gum disease. Not satisfied with your gums, the bacteria can head up to your brain. Your immune system then goes into action fighting it. Your body makes those plaques again to prevent the inflammation. And leads to Alzheimer’s.

7. Maintain Your Vitamin B12

Vitamin B12 deficiency leads to high levels of Homocysteine in the blood. Homocysteine has been linked to a higher level of stroke and Alzheimer’s. You can only gain B12 through animal foods. As we age, we also lose this vitamin more quickly. Therefore, if you cut down on your meat consumption (not a bad idea) you may also want to take a B12 supplement.

8. Stay Away from Toxic Environments

One of the main causes of Alzheimer’s that Dr. Bredesen identified is an accumulation of toxins. Mold is a particular toxin that can lead to Alzheimer’s. Also Dr. Bredesen talks about people who work in factories that contain a lot of metals in the air are at higher risk. Look at the environments you live in (home, work, school etc.). If you find yourself in one of these toxic environments.

A certain amount of stress is good for your body. When the stress becomes too much, however, it can disrupt the neural pathways that help you cope with stress. Those same neural pathways can also lead to confusion and cognitive decline if stress or some other trigger disrupts them. Lowering stress levelscan definitely slow down Alzheimer’s.

Our assisted living homes in both Surprise and Goodyear, AZ are implementing healthy diets, helping people to sleep better, and keeping our residents active. We want to do everything we can to slow down Alzheimer’s or at least promote the health of our residents.

Care to come see? Reach out to us on our Facebook page (@aparadiseforparentsassistedliving), our home page, email us, or call us at 623-295-9890.