Chronic Disease By the Numbers

A recent study comparing the prevalence of 17 chronic diseases among various age groups between 2005 and 2014 found increases in nearly every disease, including in the youngest groups in the study: 35-50 years old and 51-65 years old.[14] Children have similarly suffered from increasing rates of chronic disease.

We need to help our younger generation avoid chronic disease. We don’t want them to suffer from those diseases into old age. And it’s looking more and more like one of the best ways to fight chronic disease is the ketogenic diet:

A Cheap Keto Diet – Is it Possible? 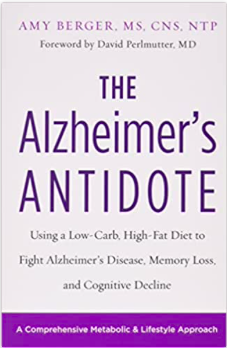 The problem is that you will hear many keto experts tell you it is optimal to eat “organic” or “grass fed” ketogenic foods only for their maximum nutrients, avoidance of factory farms, etc.

Those kinds of food ain’t cheap.

People are suffering and can’t afford them. With the inflation of today’s world, the decrease in people’s wealth during the Pandemic and beyond, and the health problems people are having, they need some cheap keto alternatives.

We talked to a nutritionist named Amy Berger. She wrote the book The Alzheimer’s Antidote to help people fight Alzheimer’s with a ketogenic diet. She definitely believes in a cheap keto diet. Her approach is to make a keto diet affordable for anyone.  She even helps people on Medicaid create cheap keto meal plans and grocery lists.

How to Maintain a Cheap Keto Diet

Amy had some general tips first for still reaping benefits from keto but not breaking the bank:

In other words, don’t make this hard on yourself. For cheap keto meal plans consider:

If you want to fight the chronic diseases that are so rampant today, look into the ketogenic diet. There are many ways to maintain a cheap keto lifestyle and living healthy into old age. It also helps to seek out communities that can help find deals on keto foods, such as this cheap keto reddit group.

We are seeing some great health improvement in our assisted living homes by feeding our residents a keto diet. Have you seen similar improvements in your life of the life of a friend or family member on a ketogenic diet?