Is Surprise AZ a Good Place to Live for Retirees? 5 Important Facts

Is Surprise AZ a good place to live? Is Surprise Arizona a good place to retire? Many people have truly enjoyed retiring in Surprise Arizona. And what’s not to love? Surprise really caters to the senior population while still providing a nice town for younger families. We obviously love this town since we have three assisted living homes within the city limits. Of course, we like Goodyear as well where we have another home.

Recently Bankrate.com put out an article listing the 50 states best to worst in terms of retirement. Somehow it picked Nebraska as the best place to retire. Now I have nothing against the fine citizens of Nebraska, I think lots of people would prefer states like Arizona. Here are the top 10 states chosen by Bankrate: 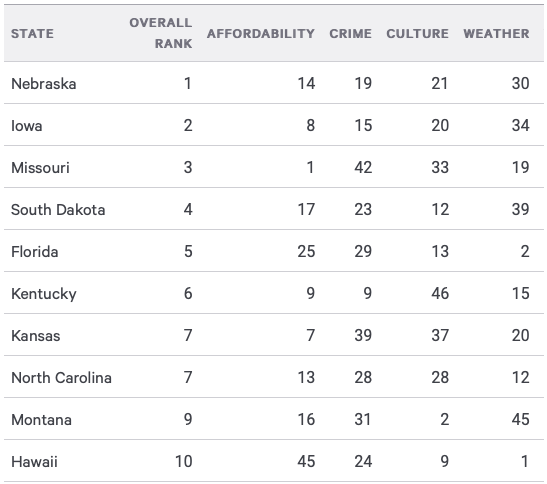 Where did Arizona rank? 38! Considering how many people retire and move to Arizona, I think there might be some disagreement. So let’s look at our answer to the question ‘Is Surprise Arizona a good place to retire?’ Or just Arizona in general.

It’s pretty easy to see why these five criteria would be important when considering is Surprise AZ a good place to live. And I can see why some of them may cause Arizona to drop in the rankings when you consider the whole state. When you consider just retiring in Surprise, however, it paints a different story. Let’s consider each factor individually:

Is Surprise Arizona a Good Place to Retire Affordability-Wise?

Arizona ranked 33rdwhen it came to affordability.  When you look at the Phoenix valley as a whole, you can understand why people might think it’s expensive. Places like Scottsdale and Paradise Valley come to mind. 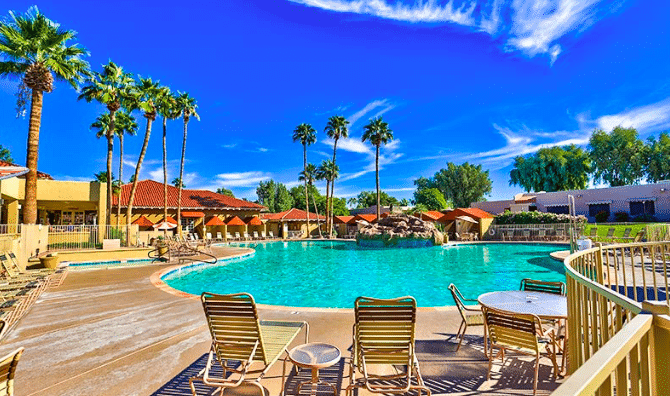 Not so much Surprise. According to the ‘Best Places’real estate website, Surprise has a cost of living that is only a little above the National Average.  Best Places gives the national average a score of 100. If the score of a town is greater than 100, it’s more expensive than average and vice versa. Surprise scored 112.8 in cost of living. For groceries (95.5), utilities (105.6), health (101.6), and miscellaneous (100), Surprise is right around to a little below the national average. Those are all costs retirees incur. Only housing (129) and transportation (118) scored significantly higher than the national average and it still wasn’t too bad.

As a comparison, Scottsdale on the East side of Phoenix scored 148.7 on cost of living. That’s why when considering Arizona and asking is Surprise Arizona a good place to retire, the answer is better than Scottsdale if you’re looking for affordability.

Is Surprise AZ a Good Place to Live Crime-Wise?

Overall Arizona scored the worst in the four categories for crime. Bankrate rated the state as 43rdin the country. Sounds pretty bad? For Arizona as a whole, it is. That statistic, however, includes many border towns where drug trafficking is a problem. Many other parts of Arizona are very safe.

Take Surprise for example. People retiring in Surprise can boast their city is the 6thsafest city in the State of Arizona. That’s according to the Safewise website:

Is Surprise AZ a good place to live crime-wise? YES!

Is Surprise Arizona a Good Place to Retire Culture-Wise?

This was an interesting one. Arizona ranked 39thnationally in culture according to Bankrate. Sounds like we Arizonans are a bunch of hicks! We know much better. Many people move to Arizona from other states. Therefore, we can say we have a widely diverse group of cultures in this state.

Culture was calculated using the number of arts, entertainment and recreation establishments per capita, restaurants per capita and adults 65 and older per capita from the U.S. Census Bureau.

I haven’t done the research on the whole state of Arizona. But it sure seems like Surprise has a lot of all three of those criteria:

Is Surprise AZ a good place to live culture-wise? YES!

The #1 Answer to Is Surprise Arizona a Good Place to Retire? Weather

Let’s face it. Most people move to Arizona for the weather. Yes, the summers are REALLY hot. People stay inside a lot during those summer months. It’s the rest of the year that is gorgeous. With low humidity and tons of sun, it’s no wonder that Arizona is pretty far up in the rankings.

Arizona scored a 10 in the Bankrate survey out of 50. It was the only category Arizona cracked the top 10. That’s pretty good. Surprise itself has clear skies over 65% of the year on average (we think it’s more than that) and the temperature rarely varies out of the range between 35 degrees and about 110. 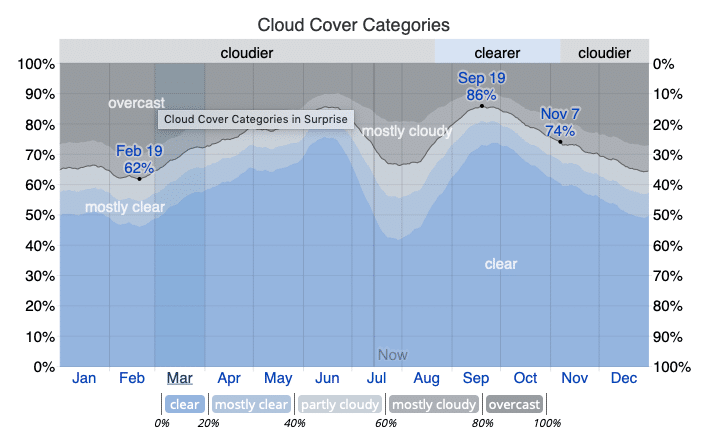 Bankrate used several health care indices to determine the availability of medical care and the number of medical establishments in each state. Curiously the article left off the rankings for wellness in the article’s ranking table.

If we could see the rankings though and drill down to Surprise, we would see Surprise ranking very highly. In addition to all the medical establishments we wrote about in previous blog posts (hospitals,dialysis centers, low-cost or even free clinics, and Hospice services), there are tons of medical businesses to take care of people retiring in Surprise.

As you can see, we’re quite fond of our town of Surprise. If you are considering a retirement move, we would highly recommend you consider retiring in Surprise, Arizona as one of your retirement options.