Generally, it’s pretty tough to convince people to eat lots of fruits and vegetables. Sure, they will eat a little side salad. Or a banana in the morning. Or an apple and other fruits here and there. With seniors it’s particularly tough. As we age, we lose some of our appetite. Older people have the double whammy of perhaps having bad eating habits and lowered desire to eat. They may wonder – ‘is juicing good for seniors?’ That’s a shame. Juicing for seniors benefits are enough to make even old dogs try new tricks.

Healthy juicing consists of running a combination of fruits and vegetables though a machine called a ‘juicer’. The juicer strips away the solid part of the food. What remains is:

Is juicing good for seniors? You bet. The three components listed above come out in the form of liquid juice that will fill up a glass. All the solid matter (pulp) usually comes out from the machine separately. The pulp can either be discarded or mixed in with the juice for extra fiber content. 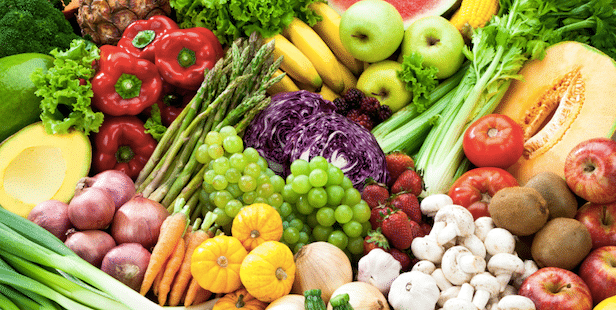 Drinking one glass of ‘juice’ out of a juicer can be the equivalent of eating a pound of produce in terms of the vitamin and mineral content. That’s some serious juicing for seniors benefits. If you prepare it the right way, juice can also taste great.  That’s why juicing for seniors may be the perfect remedy for a poor diet and bad eating habits.

One other juicing for seniors benefits is that they don’t have to spend a lot of time digesting their food. Digestion can be a problem in the elderly population. Drinking juice like this means the vitamins and minerals move through the body quickly. They go to where they’re needed most right away. Think of it as an IV of the good stuff.

A guy from England named Jason Vale sought to find out. Jason had suffered from the chronic He set up a retreat in Portugal. Then he invited eight people with 22 chronic diseases to take part in a 28-day juicing program. They basically would not have anything to eat.

The only drinks they could have were health juices.

One of those eight was a man in his late sixties.

Jason filmed the results and made a documentary about it. You can watch it here:

As you can imagine, it was a struggle at first. As Jason said in the movie, salt, sugar and processed foods can be very addictive. So can the withdrawal symptoms. That’s why a 28-day, juice-only diet may not be the best idea when thinking about juicing for seniors benefits. You’ll see a lot of the people in the documentary struggling with the diet. Especially in the early stages. You can also check out his website here.

Spoiler Alert for Is Juicing Good for Seniors?

However, it sure seems worth toughing it out. Or at least adding more juice to a senior’s diet and cutting back on the junk. Here are some highlights of the results the juicers achieved:

Juicing achieved all of the that and more for eight people in just under a month. Think what it could do for you or for a senior in your family!

It’s definitely worth watching this documentary. What are your thoughts about juicing for seniors? Please let us know in the comments below.