How to Relieve UTI Pain at Night

We see A LOT of urinary tract infections (UTI’s)  and nightly pain amongst the elderly population in our assisted living homes. We’d like to show you how to relieve to relieve UTI pain at night. WebMD estimates that the risk for women having a UTI in their lifetime is as high as 1 in 2. For men it’s about 1 in 10. Chances are if you are a caregiver for an elderly relative, you will probably have to deal with a UTI.

According to that WebMD article, the symptoms of UTI’s include:

We’ve also noticed some elderly people in our homes become agitated or anxious. For those with Alzheimer’s or Dementia, their dementia symptoms become worse. Especially at night. Sleep is so important for elderly people. It’s important to understand how to relieve UTI pain at night so you can achieve that restful sleep.

How to Relieve UTI Pain at Night – The Typical Way

When one of our residents starts showing signs of a UTI, we want to fight it as quickly as possible. Typically the treatment for a UTI is an antibiotic such as Bactrim, Amoxicillin, Ampicilin, and Cipro.

Many people have chronic UTI’s. That means the bacteria has a lot of opportunity to build up that resistance.

A lot of people try to use cranberry juice to fight or prevent Urinary Infections. Cranberries have a substance in them (see below) that is supposed to make it hard for E. Coli to stick to the walls of the bladder. If they can’t stick, then they are flushed out before they can cause an infection. It doesn’t sound like people have a whole lot of success with it.

Our Way for Dealing with UTI Pain 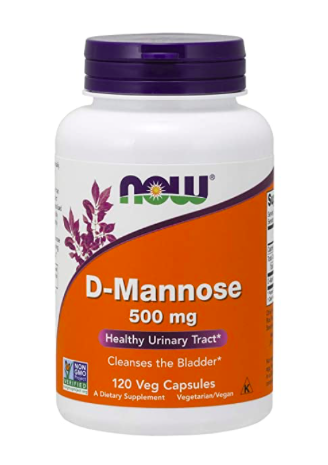 We’ve had success with D-Mannose as a supplement that has won a lot of battles for us in the UTI war. It’s how to relieve UTI pain at night for many people. Just check out the reviews on Amazon in the link above!

D-Mannose is a naturally occurring sugar that occurs in apples, blueberries and cranberries. It is the substance that people look to keep E. Coli off the bladder walls. A concentrated amount can make a big difference.

And I mean concentrated. Typically you’re supposed to take about 500mg either in tablet or powder every 2-3 hours for about 5 days. That means waking up at night too. It’s an over-the-counter supplement and pretty inexpensive.

The product comes in either a capsule or powder form.

However you treat a UTI, it is important to treat it. Work in conjunction with your doctor or medical professional to find the best solution for you.

UTI’s are painful infections that can keep coming back. Jumping on them early can make a big difference. If you would like more information on UTI’s, we wrote another blog post a while back.