The History of Surprise AZ

Most of our assisted living homes are located in Surprise, Arizona. We love the community and family feel of Surprise. People around Surprise really seem to take pride in their town. So, we thought our friends and family would like to know more about the history of Surprise AZ.

Originally, like most of Arizona, the history of Surprise starts with the Hohokam Indian people. They lived and farmed most of Arizona from about 300 AD to 1400 AD. Then they suddenly vanished. In fact, Hohokam is a Pima Indian word meaning ‘those who have vanished’.

Various other Indian tribes moved into the Surprise area until about the 1930s. In 1938 a lady named Flora Mae Statler owned a 1-mile square piece of farmland that became a town. She had a few houses and a gas station on the land at that time. She went on to build a few small houses for agricultural workers on the land. This was the start of expansion for the town.

The name for the town of Surprise came from the founder, Flora Mae Stadtler. Flora Mae allegedly said that she “would be surprised if the town ever amounted to much”. It would be great to be able to show her what her town has done between then and now.

The history of Surprise AZ is also intertwined with the military. In 1941 the US Government established Luke Air Force Base just south of Surprise to train Air Force fighter pilots. The Air Force also put an auxiliary runway in Surprise for pilots to practice. The Surprise City Hall sits on top of the site for those old runways. You can still make out the runways on aerial photos of the area. 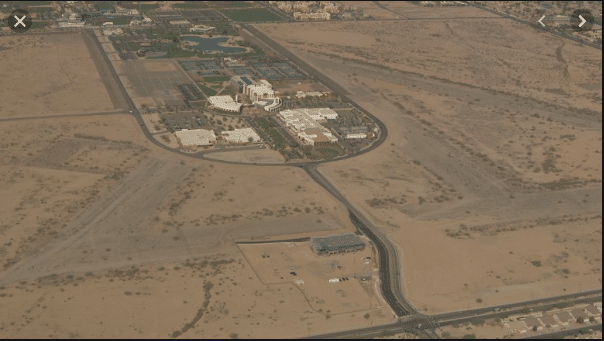 Surprise grew slowly from the 40’s to the 60’s as a small agricultural community and suburb of Phoenix. In 1960 Surprise decided to become an incorporated town. They set the boundaries at Greenway Road to the South, El Mirage Road to the East, Bell Road for the North and Dysart for the West.

Then the Del Webb company came in. The history of Surprise AZ became very much tied to Del Webb’s development of active adult communities. In 1960 Del Webb decided to build out Sun City about 5 miles Southeast of Surprise. Then in 1978 they started building Sun City West right next to Surprise to the East.

Who can blame them? We sure can’t. The beautiful weather, friendly people and lots of fun things to do made us eager to locate our assisted living homes in this wonderful town. Surprise is a great place to retire for lots of reasons. 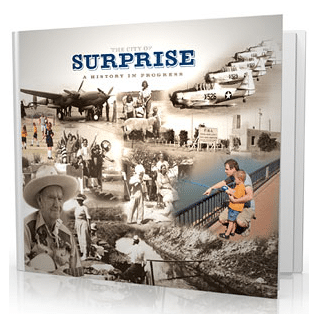 Want more detailed information about the history of Surprise? Check out the Surprise History Project that volunteers have put together.